These days, virtually everything in your car is controlled electrically. Even things you used to operate manually — window cranks, the steering wheel, the throttle — are often operated electrically today, in many cases through a series of computers.

The source of that electricity is your car's battery. But all those additional electrical systems place an enormous load on the battery.

That's where your car's alternator comes in. The alternator is a special type of generator designed to keep your car's battery charged and the electrical system in tiptop shape.

As important as your car's alternator is, your only way of monitoring its operation and health is often through a little light on the dash. If the light comes on while the engine's running, you know something's wrong. You just don't know what. It could be an alternator problem... then again it could just be a broken fan belt.

And, if you do need an alternator, they can replace yours with a high quality one and get you back on the road... fast!

Of course, an electrical problem doesn't have to be caused by the alternator itself... even if the alternator isn't charging properly. A worn or broken fan belt, a loose or damaged wire, even a blown fuse can cause a problem that could appear to be a bad alternator.

If you think your car has an alternator problem — or any type of electrical problem — call 616-682-7286 and set up an appointment to have your car's electrical system checked and diagnosed. Do it today! 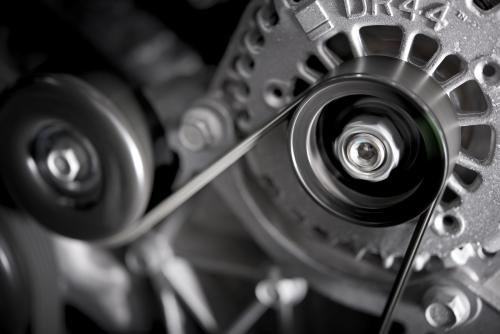